I love a good cinnamon roll as much as the next person. But…I don’t always feel like spending all morning making them. Cue my Cinnamon Roll Skillet Cake for the best cinnamon roll-like experience you’ve ever had. And, the best part? There’s no yeast required, and you can make it gluten-free and vegan. How’s that for a customizable experience?

What you need to make a cinnamon roll skillet cake

Before I get into the ingredients, it’s important to point out that you need a skillet! I recommend a 10-inch or 12-inch cast iron skillet, but you can also use an 8×8 square baking dish (your cinnamon roll will be a large square).

How to make the cinnamon roll skillet cake

Making your very own cinnamon roll skillet cake is so easy.

First, you need to make the cake portion. To do this, you first mix together the dry ingredients, then add the wet ingredients. Once the batter is combined, transfer it to the skillet and spread it out evenly.

Second, it’s time to make the swirl topping, by whisking together the melted butter, coconut sugar, and cinnamon. Drizzle that on top of the cake batter. I like to do this with a small spoon and make a circle pattern, reminiscent of a large cinnamon roll!

Next, it’s time to bake!

While the cinnamon roll skillet cake is in the oven, prepare the icing, by whisking together the powdered sugar and milk.

Once the cake is done, remove it from the oven, and let it cool completely before adding the icing layer.

If you make this recipe, be sure to leave a review and rating below! And of course, since I practically live on Instagram, be sure to tag me in your creations so I can repost on my IG stories. xx 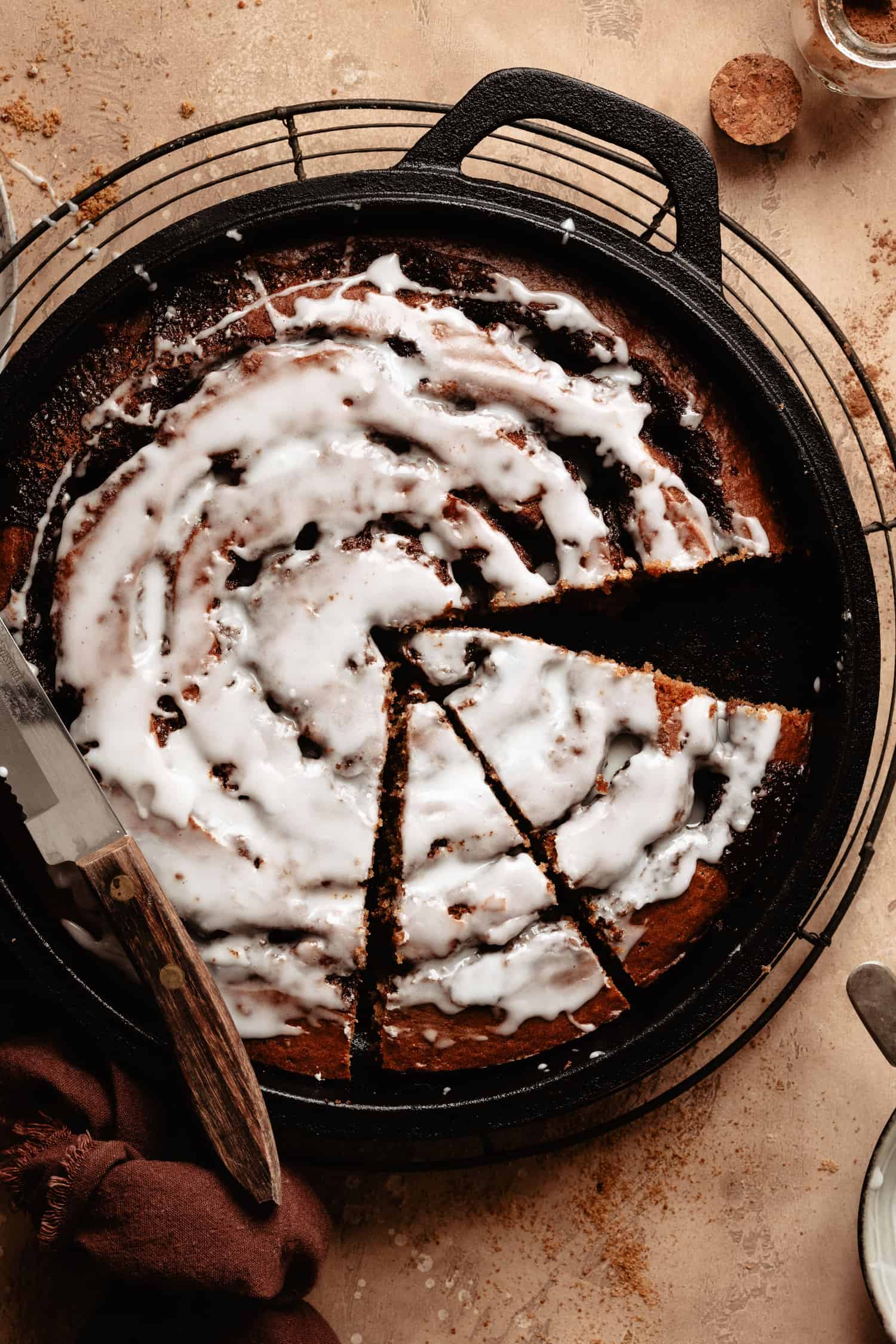 5 from 3 votes
Nicole Modic
Prep Time 10 mins
Cook Time 20 mins
Total Time 30 mins
SERVES 4
Print It Pin It
Craving warm cinnamon rolls, but don't want to deal with the hassle of making them? I've got you. You can make a delicious cinnamon roll skillet instead, and there's no yeast required!

Did you make this recipe?

I’d love to see what you made – tag @kalejunkie
in your posts and I’ll re-share!

The Best Ever Healthy Carrot Cake

WHAT DID YOU THINK? 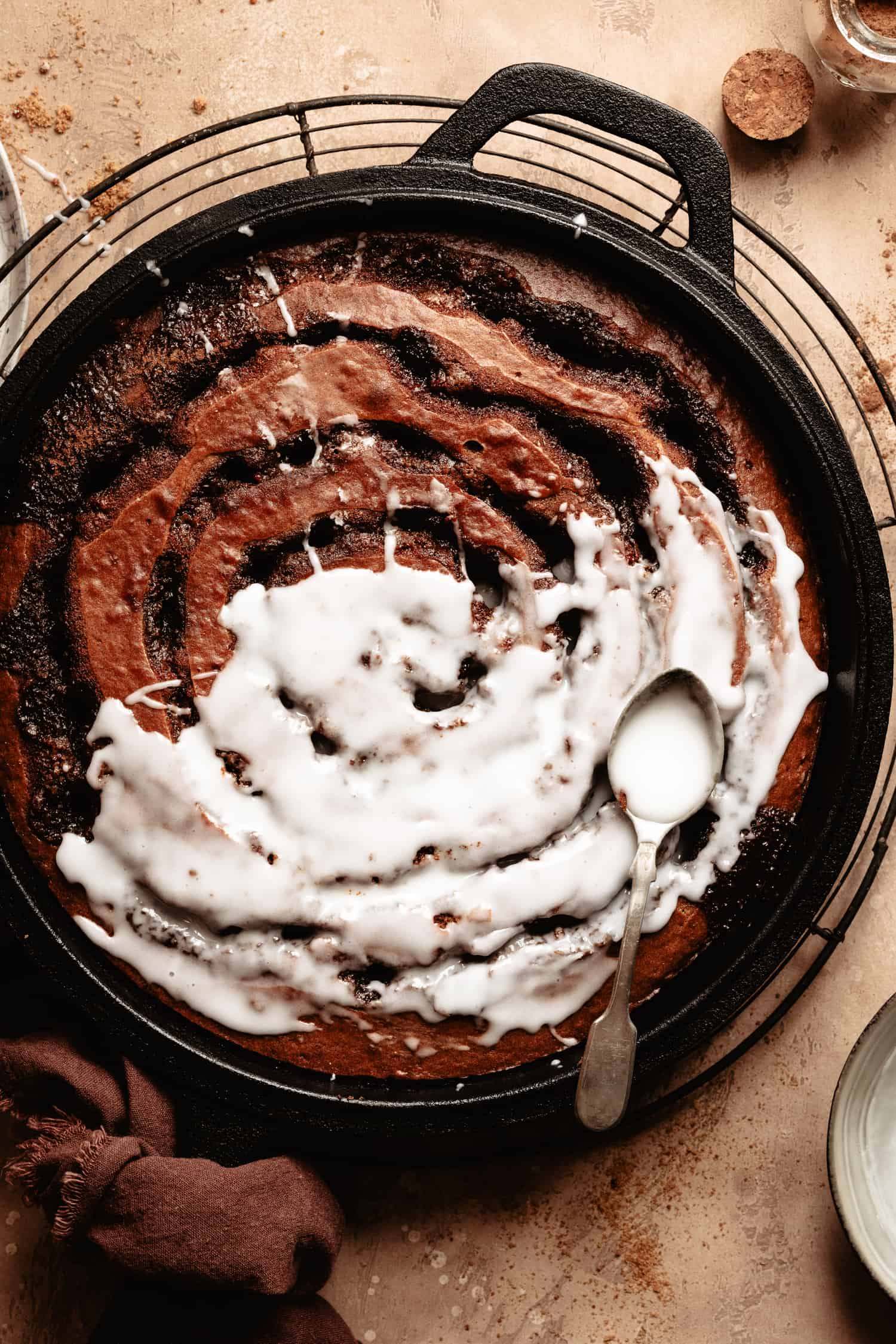 In the mood for: